Free Shipping in the EU on all orders above 50 €. 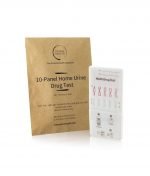 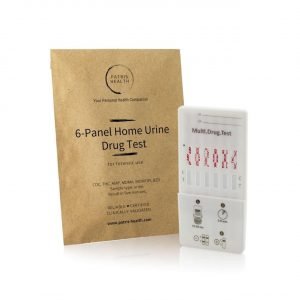 This multidrug test is a professional forensic-grade home drug test used to identify if an individual recently consumed one or more popular psychoactive substances and medications.

The test takes 5 minutes, and it is easy to perform and gives highly accurate results.

Free shipping on all orders over 50 € 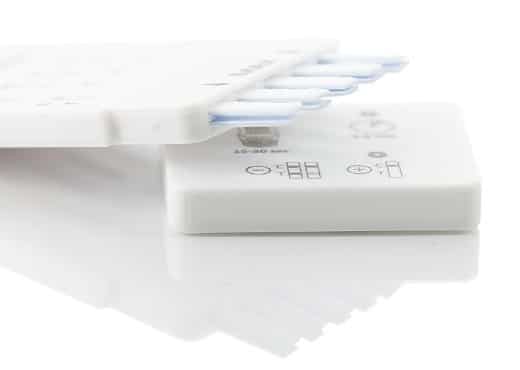 Professional forensic-grade accuracy in the privacy of your home, in the office or on the road.

Which drugs can you check with the 10-Panel Home Urine Drug Test?

Cocaine (COC): Cocaine is a stimulant drug in the shape of a white powder, consumed commonly by snorting.

Amphetamines (AMP): Amphetamines is a class of synthetic stimulant drugs. It has many street names commonly named Speed.

Methadone (MTD): Methadone is a synthetic opioid used in the treatment of drug addiction.

How long are drugs detectable in urine?

The time frame in which drugs are detectable in urine depends on several factors such as dose, frequency of use, body weight, metabolism etc.

The following are standard time frames for the substances tested with the PatrisHealth 10-Panel Home Urine Drug Test.

What are the test's limits of detection?
Is this the same test doctors use?

If the test is done from urine on the spot, then this is the same test.

Professionals like forensic detectives, physicians, drug abuse rehabilitation centres and others use the same drug-testing method to assess if an individual recently consumed psychoactive substances.

The test is very sensitive and greatly correlates with the gas chromatography-mass spectrometry (GC-MS) laboratory method, which is 100-times more expensive than this home urine multidrug test.

If tested in the drug detection window (look under the FAQ: How long are drugs detectable in urine?), it is unlikely that the test will be wrong.

Test is manufactured in Germany according to ISO13485. Every individual test is packed in a sterile protective pouch to prevent contamination and enable long-term stability. 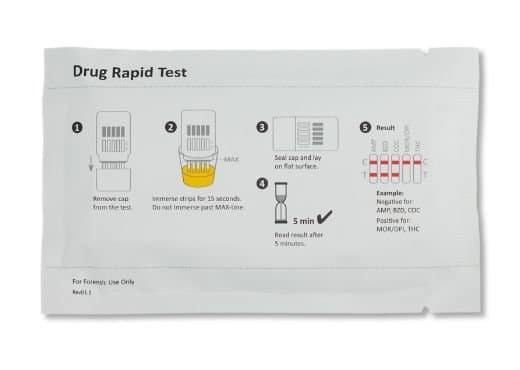 Simple handling and easy to read results in 5 minutes.

You need to collect a sample of urine. You can use a clean plastic cup or a glass. Do not touch the inner side of the cup to prevent potential contamination. 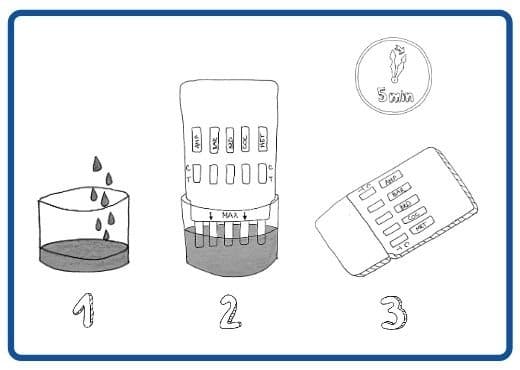 Reading and interpreting the results

Results are interpreted visually as positive, negative, or invalid, separately for each tested substance.

Invalid: No line appears, or only the test line (T) appears. Please take a photo of such test result and contact us at medical@patris-health.com

Free Shipping in the EU